5 more biases that are hurting your investments

The short cuts of fast thinking introduce bias and inaccuracy into our processes and can affect the quality of the decisions we make. In part one, we covered five biases that are probably compromising your investment decisions: availability bias, representativeness bias, affect bias, overconfidence bias and hindsight bias. This time we cover five more biases, plus signs to look out for and steps to take to slow your thinking down.

Herd bias: We're most comfortable in a crowd

Humans have a herd mentality. In general, we’re more comfortable following others than striking out on our own and we feel good about our decisions when we see others doing the same things. It’s why people join long lines at food festivals—the more people in the line, the better the food must be, right? Not necessarily. Long food lines are more likely a comment on human psychology than culinary quality.

Financial markets are affected by the herd mentality as well. A few people jump on a new stock or invest in a country, then more join in. Eventually the trend becomes a fad, then a bubble which ultimately bursts. It happened with the Dutch tulip frenzy in the 1600s, the South Sea Island bubble of the 18th century, the U.S. stock market boom of the ‘20s and, more recently, the tech boom and real estate bubble of the early 2000s.

Signs: You have a hard time trusting your own judgement of an investment’s value, instead altering your opinion based on what others say and do. You’re influenced by the behaviour of other investors. When they sell or buy, you do too.

What to do about it: Do your research or work with a portfolio manager that will. Investigate why people are jumping on a particular investment opportunity to determine whether they’re simply following the crowd or if they have solid reasons for their decision.

Loss aversion: We hate to lose more than we like to win

Research has shown that people are more emotionally affected by losses than gains. In other words, the pleasure we experience when we gain something is less than the pain we feel when we lose, even when the value of the gain or loss is exactly the same. This leads us to work harder and take greater risks to avoid losing than to keep winning. This bias is known as “risk aversion.”

Signs: You’re reluctant to sell anything that will result in a loss. You’re more likely to sell something that’s made a gain than hold onto it. You accept higher levels of risk in order to avoid the potential of losses.

What to do about it: Look more rationally at the costs and benefits of different options, recognizing that your instinct is to avoid losses. Focus on how your portfolio is performing as a whole, rather than on what one investment may be doing at a particular point in time. By definition, portfolio diversification means that not all investments will be trending in the same direction at the same time. Keep in mind the final level of wealth you can attain, rather than viewing losses and gains relative to a subjective reference point.

Signs: You steer clear of investment types, companies, countries and sectors you don’t know well. You stick with income over growth because interest rates are known and growth is uncertain. You invest primarily in Canadian investments versus looking for the best global investment opportunities. You think you’re making rational assessments of risk, but then the unexpected happens and you find yourself saying “How is that even possible?”

What to do about it: Be aware that you may want to avoid ambiguity so much that you’re using probability incorrectly. Fact check your calculations with someone who knows math well. Consider broadening your investment horizon beyond what you know, or work with a portfolio manager that specializes in investing outside Canada.

A sparkling example of anchoring is the two-months’ salary campaign by DeBeers in the 1930s. By telling men they should spend two months’ salary on an engagement ring—an arbitrary number—suddenly there was a reference point for what a ring should cost, and an expectation that a good fiancé would shell out at least that much. Outside of the diamond business, acquisition prices or highest prices paid often become anchors for investors.

Signs: You’re holding onto investments that you should sell because you’re anchoring their value to their original price rather than more important criteria.

What to do about it: Be on the lookout for anchors. When you’re using a reference point, ask yourself if it’s relevant or not. Use data instead of suppositions to make decisions.

Confirmation bias: We don't like to change our minds

We’re using this shortcut, called “confirmation bias,” when we look for information that confirms our pre-existing beliefs and ignore evidence that goes against those beliefs. In part, this bias exists because we find it easier to understand positively framed information.

Signs: You rarely change your mind about whether an investment is a good or poor option. You only listen to advice and accept facts that prove your point. When doing your due diligence, you phrase your questions in ways that will lead to confirming statements.

What to do about it: When doing research, spend most of your time seeking out contrary opinions and evidence. Ask questions that will challenge your pre-existing beliefs. Test and retest your investment process.

It’s important to be aware of the signs that you’re using your fast, flawed, biased system 1 brain to make investment decisions. The next step is to invest the time and do the hard work needed for slow, disciplined system 2 thinking. Look for contrary evidence, listen to opposing opinions, rely on data, know probability, question your feelings, and understand where your biases come from. It’s the only way to feel confident that your investment decisions are, in fact, based on logic, probability and relevant evidence and not on gut feeling, stereotypes and other mental shortcuts.

We'd love to help you get the most from your retirement.

Next Previous
© Bellwether Investment Management Inc. 2022. This communication is intended for residents of the provinces in which we are registered and is not meant to be a solicitation to any persons not resident in those provinces. Any opinions expressed in this article are just that, and are not guarantees of any future performance or returns. Some of the information contained in this article has been drawn from sources believed to be reliable but due to the fact that it is provided by a third party, it cannot be guaranteed to be accurate or complete. Bellwether Investment 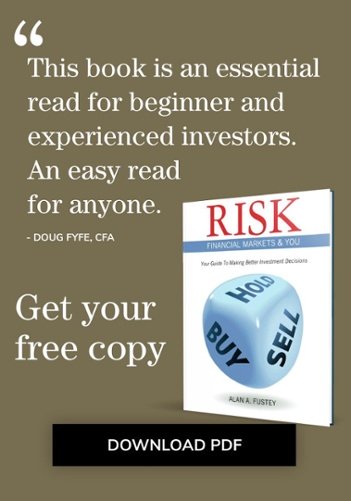